One of the wonderful unintended consequences of writing a blog about my experience in the Peace Corps has been the opportunity to connect with people from all across America and beyond. I’ve received comments from current volunteers, future volunteers, and volunteers who served years ago. I’ve exchanged emails with people in Cambodia, Namibia, Germany, and Alaska. I’ve virtually “met” my fellow volunteers’ mothers, fathers, aunts, grandmothers, sisters, boyfriends, and bosses. Over two hundred and fifty of you fools have somewhat inconceivably decided to sign up for email updates when I publish a new post, and nearly two hundred more of you have good-naturedly refrained from defriending me when you see my posts show up on your Facebook newsfeeds.

This has not gone unnoticed. Each of you who has commented on a post, emailed me, “liked” one of my pictures, or told me that your mom loves my blog has contributed to the ego-swelling of one extremely tickled and affirmed volunteer.

And so as my 27 months in the Peace Corps here in Zambia officially come to a close, I’d like to thank each of you for reading. Y’all have helped make my service more enriching, and I’m grateful to have been able to share in this incredible journey. 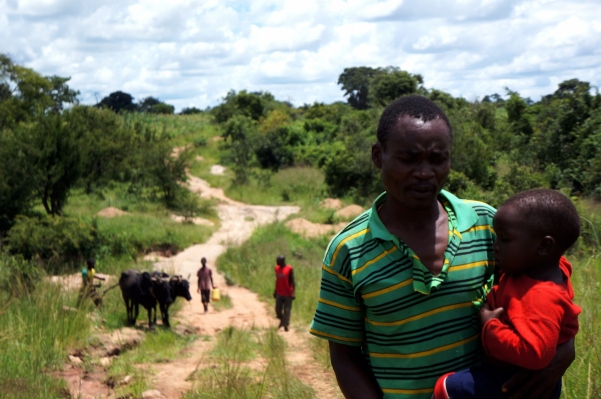 Over the past two years I have watched fish ponds spring up throughout my district like boils, pockmarking the flat wetlands seemingly overnight. I have walked down verdant bush paths, along baking hot asphalt, and through raucous marketplaces. I have drifted off to sleep to the heavy patter of an all-night downpour in mid-January, and I have awoken to the late-June sunrise piercing my hut with shafts of light at 5:30am.

Over the past two years I have biked two thousand kilometers across the changing of seasons, through clouds of gnats and beneath searing sun. I have waved to two thousand screaming children.

Over the past two years I have discovered to my chagrin what it is like to be at the same time shocking, appealing, confusing, novel, desirable, and terrifying. I have been jeered like a Super Bowl referee who misses a blatant horsecollar and leered at like a leggy blonde trying to slip past a construction site. I have been prodded like the beleaguered family mutt and ogled with the same combination of fascination and apprehension as a tired python in a zoo. I have reacted with amusement, with anger, with irritation, and sometimes even with patience.

I got to fry up a chunk of this 18-foot python burned in a brush fire; it tasted like — wait for it — chicken

Over the past two years I have had enough strange experiences to fill hours of outrageous stories for bored future grandchildren. I have had my arms stroked lovingly by wondering six-year-olds, and I have been embraced even more lovingly by a drunk man in the market before I could spin away, startled, from his grasp.

Over the past two years I have traveled several hours in the open backs of trucks driven by several different strangers, and none have been serial killers. I have attempted to play my guitar for kids in the neighborhood who instantly bolted, thinking that it was a gun and that it was I who was the serial killer.

Over the past two years I have marveled again and again at the unsolicited generosity of pure strangers, and I have seen the power of a simple human connection. I have learned that, despite our various differences, most people tend to be pretty much the same wherever you go.

Over the past two years I have met with dozens of aspiring fish farmers. Some of whom actually turned out to be interested in fish farming, instead of making an appointment merely to see the muzungu. I have visited their farms, greeted their wives, and played with their children.

Over the past two years I have offered advice on how to improve existing ponds and laid out plans for where to dig new ones. I have told the farmers that I would check back with them in one week. In one month. I have returned to find that little or no progress has been made. And again I have greeted their wives and played with their children.

Over the past two years I have reminded myself over and over again of the oft-repeated Bemba mantra: Panono, panono. Slowly, slowly. 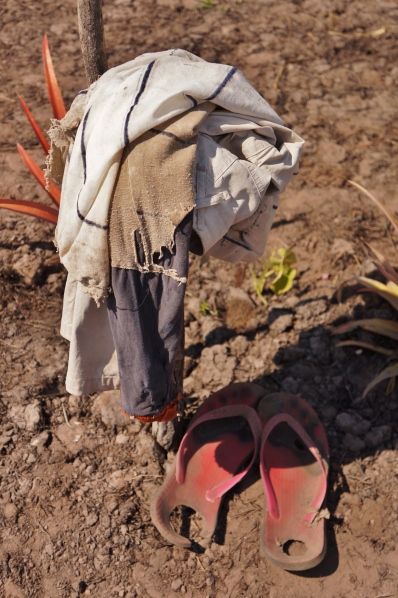 Waiting for a farmer out at his ponds

Over the past two years I have shrieked like a preteen girl every time I’ve seen a spider the size of a Volkswagen. I have scraped twenty-three rat carcasses off my floor, carried into my hut by my highly annoying, highly-trained assassin of a cat. Each time, I have told myself that I am building character.

Over the past two years I have stared at the same spot on my wall for a full half-hour. I have stared at the pattern of bark on a tree branch until I spotted Waldo. I have stared at outrageously prematurely developed teenaged girls until I realized that I was staring and mentally kicked myself under the table. I have stared at an ant crawling along the dirt for so long that it finally snapped at me huffily that it was rude to stare. I have had entire conversations with myself. Arguments, even. I have lost.

Over the past two years I have convinced hordes of kids to sweep my porch, weed my yard, wash my buckets, and cut my grass. I have paid them in old plastic bags and empty bottles and matchbox covers. In turn, hordes of kids have convinced me to buy handfuls of weeds masquerading as fresh produce and to unwittingly repeat, “Show me your penis.” They have paid me in toothless smiles and gleeful howls of laughter and with grubby paws clutching at my leg hair. 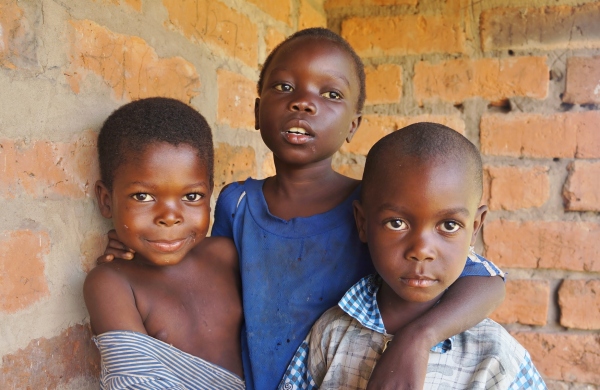 Chungu, Willie, and Kalu showing off their best model poses

Over the past two years I have seen enough tragedy to fill an epic novel. I have seen droughts wipe out farmers’ maize crops and I have seen fish ponds that took months to dig dry up in the heat of October. I have seen a teacher whose only crime was being born female run out of town by a community claiming she was involved in witchcraft, and I have seen men who I thought epitomized virtue repeatedly cheat on their wives, laughingly denying their infidelity the entire time.

I have visited a 15-year-old boy on his deathbed. I have seen the agony etched into his stretched face, the terror in his eyes as they rolled back into his head. I have stood numbly, helplessly, as his exhausted mother mustered the last of her resolve to thank us for coming with a tight, despairing smile.

Over the past two years I have attended seventeen funerals, and walked or biked past dozens more. 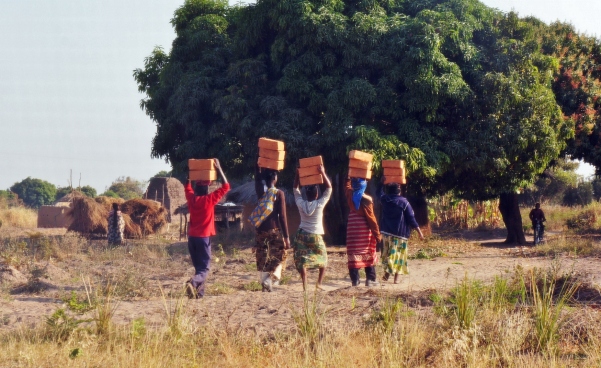 Women in the village carrying bricks to the church

Over the past two years I have learned what it is to be humble. I have been shown what it means to be wise. I have realized that I am not either of these things. And yet despite this, I have decided to try. Maybe, unlike in baseball and bowling, the effort itself just might count for something. 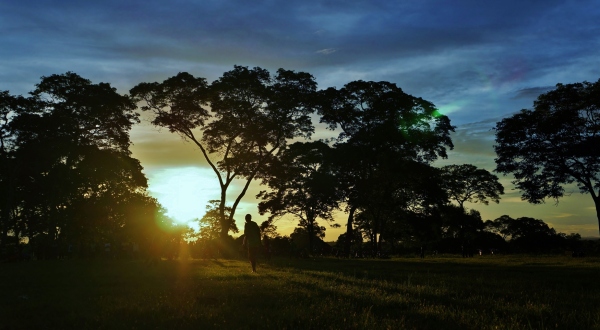 Sunset over the village

Inspired by and written in the spirit of the popular blog and book by Christian Landers, Stuff White People Like. No Peace Corps volunteers have been harmed in the making of this post.

5. Bragging about how primitive their sites are

Even within the same Peace Corps post, volunteers are keenly aware of the differences between provinces and from site to site. The intrepid soul who lives 25 kilometers off the tarmac and five hours from the provincial capital garners instant respect and outward envy from other volunteers, who secretly are glad they don’t have to climb a nearby termite mound and recite a complicated incantation in order to catch a cell phone signal.

However, none of these hardships can top the Peace Corps trump card: having served in the Peace Corps in The Early Days. It is an undeniable fact that life in the Peace Corps was harder, purer, grittier, and more primitive back before you were born. This was a time when volunteers had to ride camels to the school uphill both ways 20 kilometers in the sand, send letters through the bush attached to the scaly legs of dust-hardened Guinea fowl, and never complained about their sites’ primitiveness, ever.

Zambag, zam-bag. n. 1. A large, zippered version of a reusable grocery bag made from durable woven plastic. 2. The personal transportation accessory of choice for rural Zambians and cash-strapped Peace Corps volunteers, who have been known to stuff these things with everything from pasta to books to pineapples to live chickens.

For the aesthetic pleasure of the discerning traveler, Zambags are adorned with vivid color prints of everything from large African mammals to the cosmopolitan skyline of Dubai to Miley Cyrus.

Kid: [Cheerfully] “Give me your bike!”
Matt: [Bringing bike outside to go fetch water from the borehole] “No.”
Kid: “Give me your bike!”
Matt: “What makes you think it’ll work this time when it’s never worked any of the previous 437 times?”
Kid: [Adopting what he thinks is a winning and persuasive smile] “Come on, give it to me.”
Matt: “Not on your life, kiddo.”
Kid: [Smiling even more widely now] “I’ll just take it with me now, okay?” 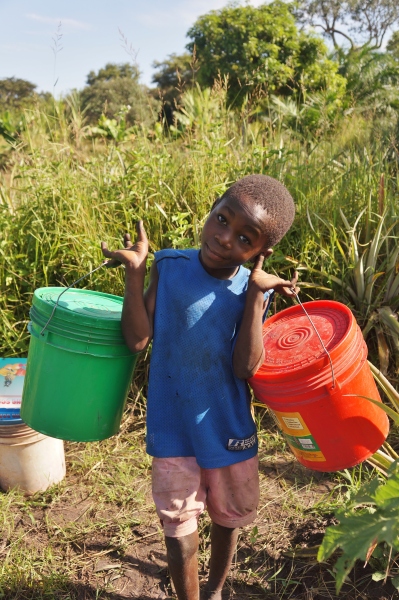 If charisma mattered more than brains and determination, little Lenge would never have to work a day in his life

Bread seller: [Walking slowly past my hut carrying a tray of baked buns on his head] “Amabuns amabuns amabuns!”
Kid: [On my front porch] “Mr. Matt! Mr. Matt! Mr. Matt! He’s selling bread!”
Matt: [Also on my front porch] “Believe it or not, that’s one of the things I can understand.”
Kid: “So buy some bread.”
Matt: “I already have bread.”
Kid: “Well then, give me some.”
Matt: …

Kids: [Pulling on cat’s tail, eventually she gets tired and goes inside]
Kids: [With look of genuine surprise] “You, where are you going? You cat, come back!”
Matt: [Grinning at a thoroughly disgruntled Hobbes who is now glaring disapprovingly from inside the doorway] “Yeah, Hobbes, come back out.”

We had a good run together — rest in peace, you ridiculous cat 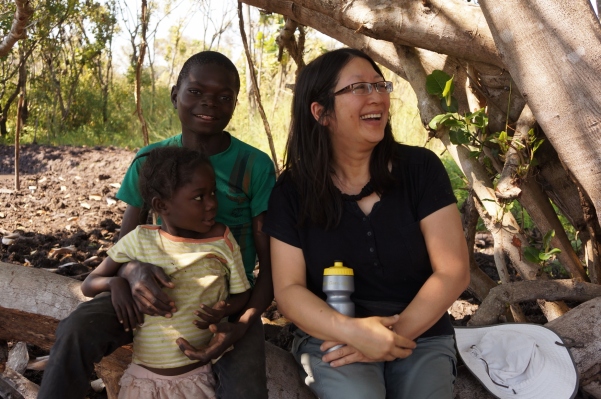 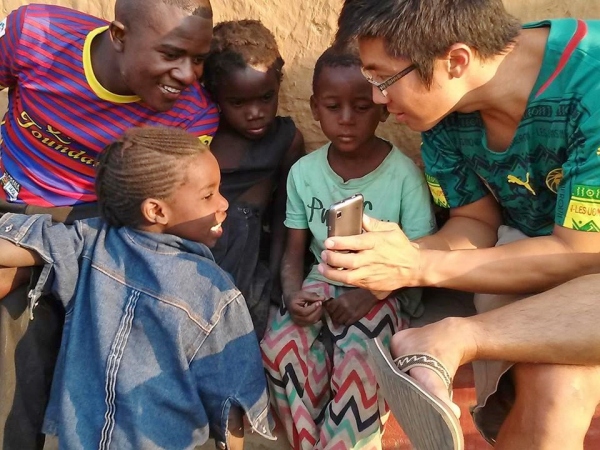 The contents of this blog are mine personally and do not reflect any position of the U.S. government or the Peace Corps. 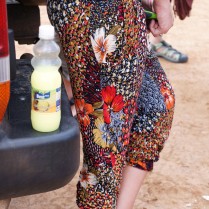 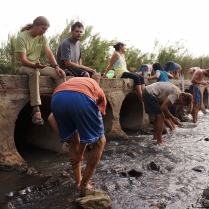 Peace Corps volunteers have a reputation for being dirty; it’s kind of a lose-lose situation, because if we try to wash the dirt off in a river, we still look grungy 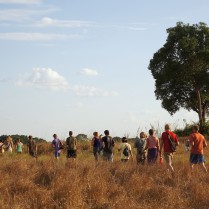 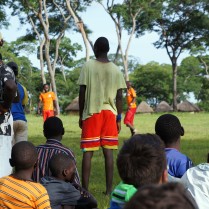 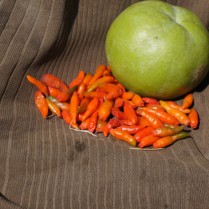 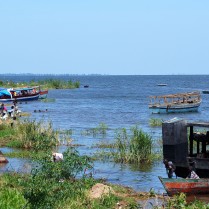 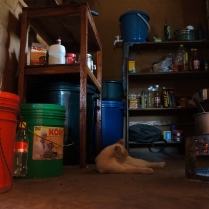 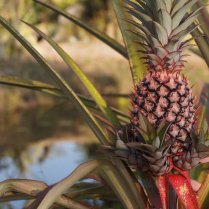 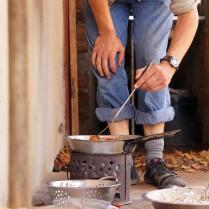 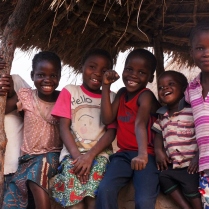 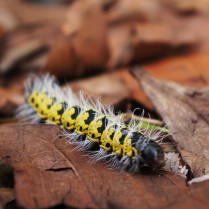 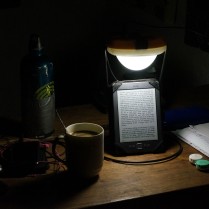 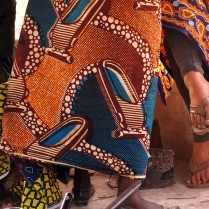 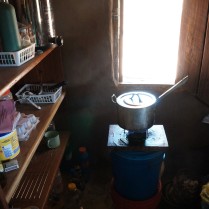 Images from around Zambia 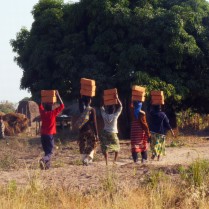 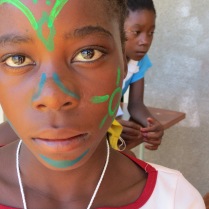 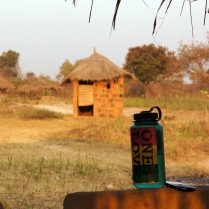 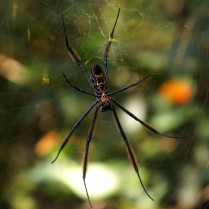 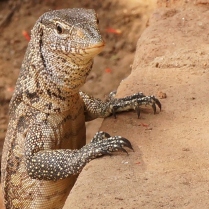 Meggan and Chris watching the bats 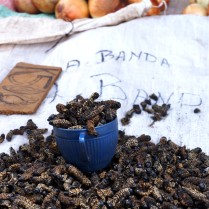 The pursuit of happiness, financial independence, and trout in alpine lakes

Greetings (and eatings) from across the IDL

A Fishing (and more) Blog

27 months of service in Ethiopia as a Peace Corps Volunteer.

A Story About a Lion

The Wanderer in Zambia

Adventures of a Peace Corps Volunteer

Entering the World of Law

thoughts, frustrations and jubilees of a humble student